A volume: is a storage unit made from free space on one or more disks. It can be formatted with a file system and assigned a drive letter. Volumes on dynamic disks can have any of the following layouts: simple, spanned, mirrored, striped, or RAID-5.

A simple volume: uses free space from a single disk. It can be a single region on a disk or consist of multiple, concatenated regions. A simple volume can be extended within the same disk or onto additional disks. If a simple volume is extended across multiple disks, it becomes a spanned volume.

A mirrored volume: is a fault-tolerant volume whose data is duplicated on two physical disks. All of the data on one volume is copied to another disk to provide data redundancy. If one of the disks fails, the data can still be 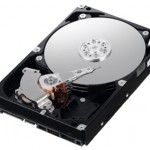 accessed from the remaining disk. A mirrored volume cannot be extended. Mirroring is also known as RAID-1.

A RAID-5 volume: is a fault-tolerant volume whose data is striped across an array of three or more disks. Parity (a calculated value that can be used to reconstruct data after a failure) is also striped across the disk array. If a physical disk fails, the portion of the RAID-5 volume that was on that failed disk can be re-created from the remaining data and the parity. A RAID-5 volume cannot be mirrored or extended.

The system volume: contains the hardware-specific files that are needed to load Windows (for example, Ntldr, Boot.ini, and Ntdetect.com). The system volume can be, but does not have to be, the same as the boot volume.

The boot volume: contains the Windows operating system files that are located in the System-root and System-root System32 folders. The boot volume can be, but does not have to be, the same as the system volume.

How to Convert Basic Drive to a Dynamic Drive 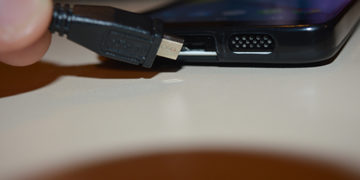 9 Ways to Speed Up File Transfer on your PC