by Miguel
in Linux
0
Share on FacebookShare on Reddit
RECOMMENDED: Transfer Windows and Installed Data to Another Hard Drive

Linux terminal is an awesome place to be and to use it like a pro, you’ll need to learn file system and management basics. As per the Unix philosophy, each command does only one thing and does it well.

Midnight Commander, a full-featured file manager for the Linux terminal, is a powerful front end to all these commands.

The ls command list all files and folders in the current directory.

You can also list files recursively — that is, list all files in all directories inside the current directory — with ls -R. ls can also list files in some other other directory if you specify the directory path. For example, ls /var will list all files in the /var directory.

The cd command changes current directory to another directory we specify by path. For example, cd Downloads will take us to our Downloads directory if we’re starting from our home directory.

We can also specify a full or the absolute path to a directory, such as cd /var/lib to go to the /var/lib directory on the file system.

cd .. will take you one directory up.

The rm command removes/deletes files. Be cautioned with this command — rm doesn’t ask for a confirmation.

If the directory is not empty, we can use a recursive rm command to remove the directory and all present files. rm -r something would delete the directory named “something” and all files in it. This is a dangerous command that could easily delete a lot of important files, so be careful when using it. It won’t ask for confirmation.

Clearly, the command did not deleted the directory as it wasn’t empty.

In above sample, “ReactDemo” directory was renamed to “ReactHello”. Just like other commands, we can include absolute paths to move files to or from other directories.

The cp command works the same way as the mv command, except it copies the original files instead of moving them.

The mkdir command makes a new directory. mkdir example will make a directory with the name “example” in the current directory.

As shown in sample, mkdir created another directory called AvoidErrors in it.

Difference Between Single and Double Quotes in the Bash Shell? 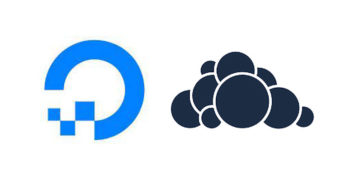