by Miguel
in Windows
0
Share on FacebookShare on Reddit
RECOMMENDED: Transfer Windows and Installed Data to Another Hard Drive

Some functions which turned off and disabled via integrated switches which read from registry flag whether it’s Home or Professional edition, such as EFS, RAID support and ability to join domain, may or may not work after migration.

The trick only work to let Windows XP recognizes itself as Professional edition.

Windows XP will start up as usual. After logging into the desktop, check the system properties to verify that it’s now Windows XP Professional.

How to Dual Boot Linux Mint with Windows 7

How To Setup a VPN in Windows 7 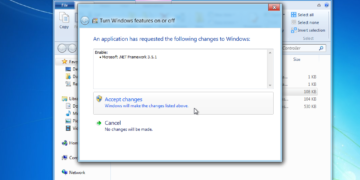